There was that tag line, "Weekends were made for Michelob It was a Disney toy phone. You selected a picture of Goofy or Donald Duck for example, then you would call him and he would "talk" to you.


In the commercial there was a brother and sister playing with it and the little girls calls mickey and says "Mickey come over for a party, you call Donald Duck" then the boy says "Donald, come on over" then the girl says "Hi Goofy". I'm pretty sure this was a Midol commercial, but it showed a trio of women PMSing in the middle of an airport terminal.

After taking Midol, they all felt better.

Around was a commercial for Mighty Dog, a dog food in a can. Its promotion featured an offer for a stuffed brown dog with a little red cape, similar to the commercial's mascot that flew around on the screen, that one could order from the can's label. The hip hooray and ballyhoo, the lullaby of Broadway. And in the center of it all, Is the Milford Plaza! An announcer would talk about staying at the hotel and the staff would wrap up with "The Milford Plaza is the 'lullabuy' of Old Broadway!

Only The Best Funny Kraft Mac and Cheese Commercials

The east coast drinks milk at work and at play, the high country's drinking milk everyday, in the USA there's just one thing to say, America's favorite health kick, Milk! There use to be this milk commercial that I remember vaguely. There was a kid and another bigger older kid standing next to him and they talked about needing milk to grow.

This was around Another one for milk, with the cow singing should be a bull, I imagine, with the deep voice it had, but no, it was a cow! You know the only one for me--yeah! My arms won't free you and my he-eart won't That animated commercial where a line of dairy products- cheese, milk, etc. Oooh Ah. I'll never forget the "But I'm drinking milk Stud right before your eyes. 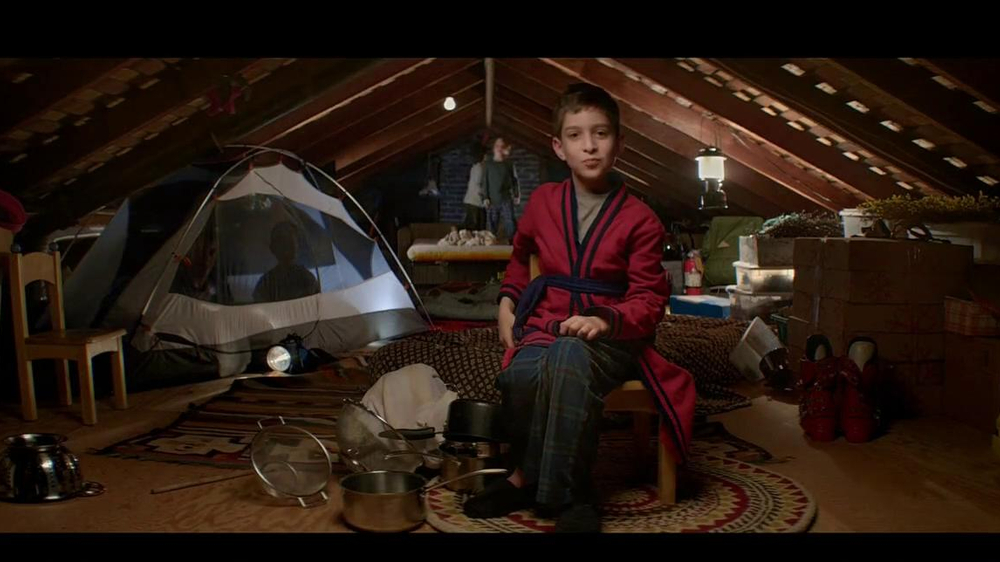 I think there was another very strange one where a kids head turned into a balloon and he floated away. Young girl grows up to be attractive woman: "Michael Martin, I don't even exist in your life. Well, I'ma beautiful person inside and milk's giving me a lot of what I need for strong bones, beautiful skin and a great smile. And by the time my outside catches up with my inside I'll have long since outgrown you; and you'll be history". It does a body good. I remember a woman in her 20's jogging in the morning with a golden retriever and when she got back to her apartment, she drank a big glass of milk all at once.

Did Burger King Rip Off Those Viral “Mac n’ Cheetos” From a Popular Food Blogger?

Pass it on, how's that go? Build's your bones so you can grow. Milk's got calcium don't ya know. So good for your teeeth it makes you smile.


Tastes so good it drives you wild. It does a body good! Basically, we'd see a bunch of dogs and the announcer would say something about them, and we'd hear a buzzer each time. After about five or six dogs were shown total, we'd see the Milk Bone product and what it did for dogs.

At the end, it would show all the dogs clapping! As a child, that used to crack me up! Bring your thirsty self right here, you've got the time, we've got the beer, for what you've got in mind. Welcome to Miller time, yours and mine. Less Filling Tastes Great. I remember people always arguing over either Less Filling or tastes great! Joe Piscopo is Python Piscopo, an ex-wrestler. He kicks down the door of the bar, storms in.

He rips a guy's arm off while shaking his hand, and proceeds to his buddies' table. There's a fellow in the way, so he throws him through the roof and takes his chair. He sits down at the table with his pals, nearly knocks them out of their chairs as he shoulders his way toward the table.

He flicks the cap off of a bottle of Miller Lite and takes a big crunchy bite out of the glass bottle. One of my favorite commercials. These were records and tapes that were highly promoted in the early part of the 80's. Kids remaking some of the classic songs from groups such as the Buggles, Culture Club, Bananarama and others. Songs that were remade and revamped by children for children. He's got legs that move, he's 12 inches high!

He's got a real cool haircut, and a mean, mean look in his eyes I'm surprised nobody's yet mentioned the "Teaming up with Mister T cereal" ad. Instead of a real Mister T, they had an animated one in the ad similar to the one on the box. It's a techno type of song where the people who are both driving and riding in the car are singing some of the lyrics and dancing.

Get fresh food news delivered to your inbox

The only line of the music I can remember is shown at the end of the commercial when it says "Fire it up baby". Any clues of what song that is??? From the moon to the stars to the night sky. Jingle: Take a big red apple and the tangy peel, pull it back and what da ya got? One more time. Group of young people involved in outdoor activities. Ends with "Just give me a Mountain and give me a Dew". This commercial may have been for Diet Mountain Dew. In it, two couples are at a lake, looking around. The two guys wax nostalgic about a Mountain Dew ad they were in and we see a flashback to that ad.

This was when the Dew ads ended with everyone jumping into the water. Now, of course, they're older and drinking Diet Mountain Dew. However, at the end of the commercial, they get these huge smiles and dive off into the water. The best Mountain Dew commercial of the early 80's When things get hot, cool is all you got.

Doin' it country cool. Mountain Dew Gimme a Dew. Gimme some good friends Gimme something simple and smooooth. All I need is sunshine, and smooth refreshing Mountain Dew, yeah! Gimme a mountain Circa early-to-mid 80s. I don't remember which Mountain Dew jingle was used in this commercial, but I remember the storyline very well.

The commercial takes place on a rural backroad, where we see about six or seven construction workers repairing a bridge that has been dismantled over a creek. Two young ladies approach in a small sports car looks like an MG and discover that the bridge is out. One lady asks in a flirtatious manner, "What are we gonna do?